Our Authors:
Malcolm R. Campbell is the author of six novels, including one comedy/satire and six within the contemporary fantasy and magical realism genres. His short stories include the paranormal Emily’s Stories, Cora’s Crossing, Moonlight and Ghosts, and The Lady of the Blue Hour. A three-story collection of folk tales, The Land Between the Rivers, is set in the Florida Panhandle not far from the settings used in Conjure Woman’s Cat.
His work has appeared in The Lascaux Prize 2014 Anthology, Spirits of St. Louis: Missouri Ghost Stories Anthology, Quail Bell Magazine,  A View inside Glacier National Park: 100 years, 100 Stories,  Future Earth Magazine, The Smoking Poet Magazine, Nonprofit World Magazine, Nostalgia Magazine, and Living Jackson Magazine.
Campbell lives on a north Georgia farm with his wife and three cats. He grew up in the Florida Panhandle where Boy Scout camping trips, family day trips and dozens of hours spent driving his smoking 1954 Chevrolet from the Georgia border to the Gulf coast introduced him to every river, swamp, sink hole, beach, and all-night diner within an 11,000 square mile area often called “the other Florida” and “the forgotten coast.”
Florida’s Tate’s Hell Forest, longleaf pine forests, Apalachicola River, Garden of Eden trail, small towns, and dusty unpaved roads were a perfect place for growing up and for telling the story of his novella Conjure Woman’s Cat.
Tracy R. Franklin is a poet, short story writer, and essayist. Her first complete collection of poetry, Angst, Anger, Love, Hope, was released by JMS Books LLC in November 2010. She lives in Philadelphia and works hard to call attention to the issues faced by those with invisible illnesses.
W. Michael Franklin is an attorney, a former high school principal, a husband, father, and grandfather of four, as well as an alum of the University of Tennessee and the University of Oregon School of Law.
Melinda Clayton is the author of two series, the Cedar Hollow Series, which includes novels Appalachian Justice, Return to Crutcher Mountain, Entangled Thorns, and Shadow Days, and the Tennessee Delta Series, which includes novels Blessed Are the Wholly Broken, A Woman Misunderstood, and Child of Sorrow. Clayton also authored Making Amends, a suspenseful tale set in central Florida. Her nonfiction works include Hayner Family History, written for her mother, and Clayton Family History, written for her two sons and her husband and his family.
In addition to writing, Clayton has an Ed.D. in Education Administration, is a licensed psychotherapist in the states of Florida and Colorado (on retired status), has been a writing tutor for Pearson Education's Smarthinking, and currently teaches writing/publishing classes for Southern New Hampshire University's online MFA program. 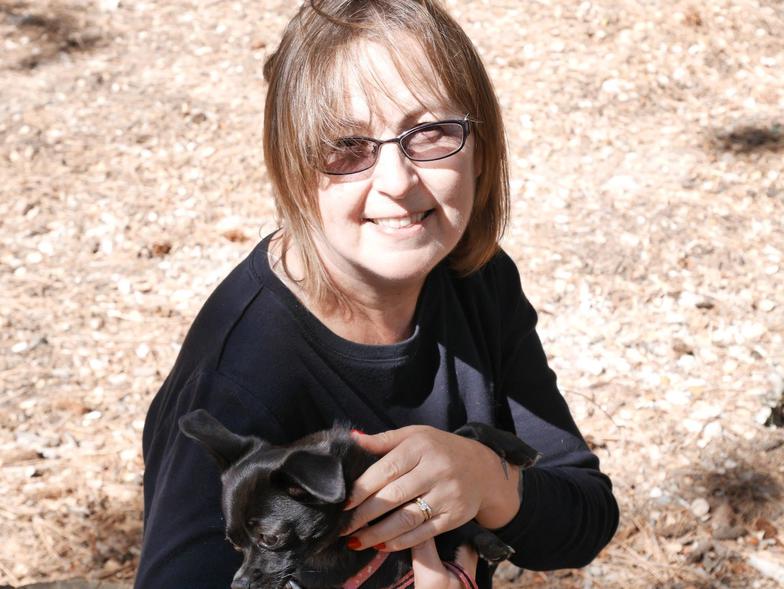 ​Smoky Zeidel is a novelist and poet, whose love of the natural world is thematic in all she writes. She taught writing and creativity workshops for many years at venues throughout the Midwest before succumbing to her bohemian urges and moving to Southern California. Her work has earned her five nominations for the prestigious Pushcart Prize.
Smoky lives in the Coachella Valley, which is part of the vast Colorado Desert in Southern California, with her husband Scott, two cats, and a Chihuahua named Tufa (who considers herself the Boss of Everything). She is an avid desert gardener, an orchid grower, and monarch caterpillar rancher.
Robert Hays has been a newspaper reporter, public relations writer, magazine editor, and university professor and administrator. A native of Illinois, he taught in Texas and Missouri and retired in 2008 from a long journalism teaching career at the University of Illinois. He has spent a great deal of time in South Carolina, the home state of his wife, Mary, and was a member of the South Carolina Writers Workshop. His publications include academic journal and popular periodical articles and ten books, including his collaborative work with General Oscar Koch, G-2: Intelligence for Patton, and one published in paperback edition under a different title. Robert and Mary live in Champaign, Illinois. They have two sons and a grandson and share (long story!) a cat named Eddie with the family next door.
You can follow many of our authors on Amazon to receive email notifications about new releases. Just click the "Follow" button to reach their Amazon Author Page, and then click "Follow" again.

Visit Malcolm's website
Visit Melinda's website
Visit Smoky's website
Sharon Heath writes fiction and non-fiction exploring the interplay of science and spirit, politics and pop culture. A certified Jungian Analyst in private practice and faculty member of the C.G. Jung Institute of Los Angeles, she served as Guest Editor of the special issue of Psychological Perspectives, “The Child Within/The Child Without.” Her chapter “The Church of Her Body” appears in the anthology Marked by Fire: Stories of the Jungian Way, and her chapter “A Jungian Alice in Social Media Land: Some Reflections on Solastalgia, Kinship Libido, and Tribes Formed on Facebook” is included in Depth Psychology and the Digital Age. She has blogged for The Huffington Post and TerraSpheres and has given talks in the United States and Canada on topics ranging from the place of soul in social media to gossip, envy, secrecy, and belonging. She maintains her own blog at www.sharonheath.com.
Visit Sharon's website

See our Privacy Policy here
William M. Franklin is a retired United Methodist Minister who currently lives in Covington, Tennessee with his wife Patty and son Samuel, on a 25-acre farm that’s been in the Franklin family for over seventy years. 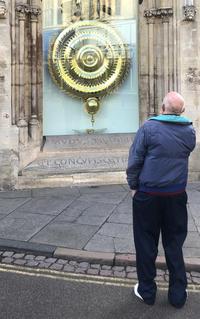 Scott was born in Northern Wisconsin in 1951 and matured in the 1960s in Detroit, Michigan and the California desert. He's a hippie—he believes in peace, compassion, nature, and beauty. This is what he writes about.
He's highly educated. He's spent 60 percent of his life in school. He didn’t like school. In fact, he hated it. He found very little peace, compassion, nature, and beauty in school. Just the opposite. His higher education is in music, not creative writing or English. Go figure. Or if there are any professorial types out there you can smirk and say to your scholarly friends, “It figures.”
In his 40s, while still writing his Ph.D. dissertation, and suffering from academically induced PTSD, he got into a rock band and wrote lots of song lyrics. Hence, he became a poet, and never finished his degree.
He's also a classical guitarist and painter. He's married to a fabulous master gardener, humanist, poet, and novelist. Between them, they have four wonderful adult children and a beautiful grandchild. 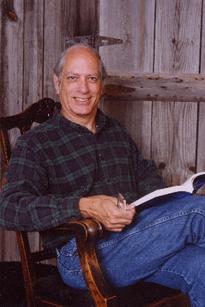 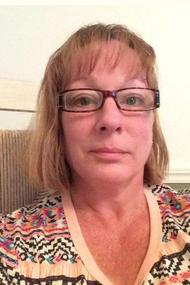 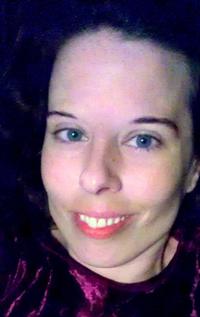 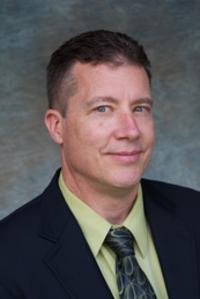 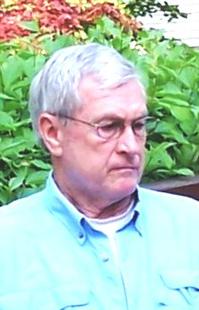 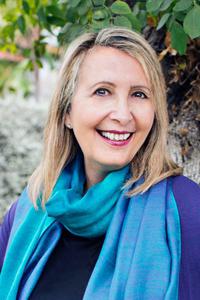 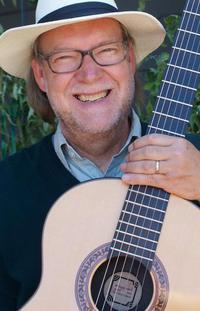